release date:2019-08-02  Views:22
Meridian Specialty Yarn Group (MSYG) ushered in a new era for the US textiles supply chain in July, officially opening a new, high-tech, yarn dyeing plant at the site of their current operations in Valdese, NC, US. 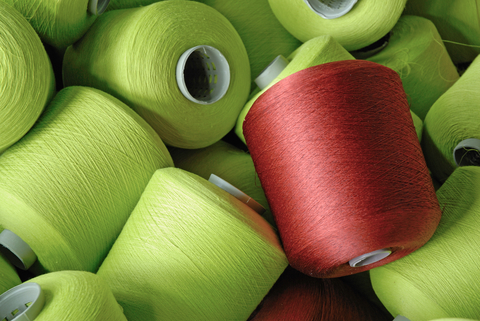 The 116,000 square-foot facility is the first yarn and fibre dyeing operation to be built in the United States in over two decades and offers the only tow-dyeing capacity in the US. Until this summer, all producer-dyed acrylic tow was imported from outside US borders.

“Our new technology gives us the capability to process every dyeable fibre in various forms including yarn, tow and top. This is very unusual in the dyed yarn world,” said Tim Manson, President of MSYG. “We can chemically treat or dye all fibre substrates, ranging from cellulosic and animal fibres, to polyester, nylon and dyeable aramids. Most dye houses specialize in certain products, but we are now in a position to source from all over the world, from every type of textile fibre, supporting a wide array of end uses.”

The plant officially went live on 8 July and is equipped to provide a broad number of traditional capabilities, from chemical treatments to dyeing to a combination of the two. Utilising next-generation technology, machines, controls and robotics for package, top and tow dyeing, the plant is said to position MSYG as North America’s most modern manufacturing operation with regard to dyeing technology and robotic support equipment.

Built next to Meridian’s existing operations in Valdese, the plant puts a new spin on the primary staples of the textiles industry – fibre and yarn. Renovations are now taking place in the plant’s original manufacturing plant and when that is done, Meridian’s yarn dye operations – which also include several types of space-dyed yarns as well as twisting capabilities – will span both buildings and 284,600 square feet of office, warehouse and manufacturing space.

“Nothing like this has been built before in North America,” said Mr Manson. “This is one of the only green field yarn and fibre wet-processing plants to be built in the United States in a generation.”

The new plant also reflects a large investment in sustainable technologies and processes. The end result is a facility that operates with considerably less environmental impact than other yarn dyeing operations both here in North America and abroad.

Keeping manufacturing jobs in US

Meanwhile, despite installing a new generation of robotics, the company has added positions and is in the process of retraining employees to work with the new technologies. “We’ve met the initial employment targets of adding 25 jobs and are hiring and retraining,” said Mr Manson. “We did not lose any positions due to new technology.” Meanwhile, the company’s Human Resources Manager, Debbie Sigmon, has begun working extensively in the community and with the local community colleges to develop programs to train a new generation of textile workers, attract new talent to the region and develop concepts for a workplace that appeals to a younger generation.

“It was important to us to keep manufacturing jobs in the United States while supporting the US textile supply chain as well as the community wher we’ve been located for so many decades,” Manson explained. “The new plant and the programs we’re working on in the community do all of the above.”

Special note: this information is from the globaltextiles,for reference only
If you want to contact us for copyright infringement, we will delet the content in time